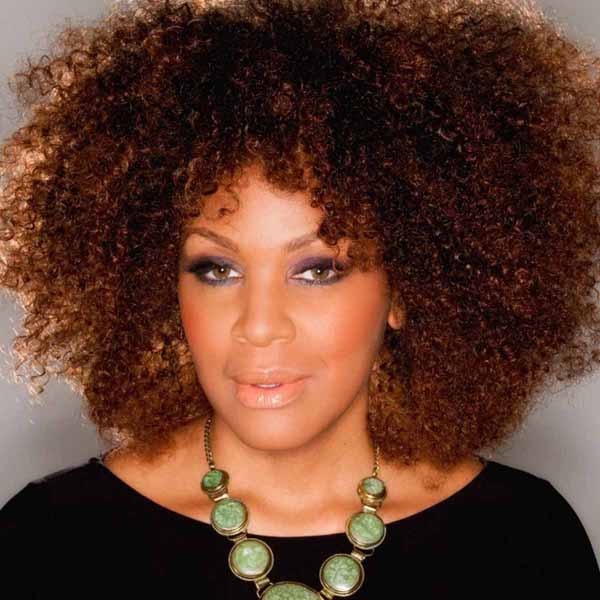 Brandi Mitchell made history by being the first to document in rich detail the connection between success in life and band in her feature film documentary Point And Drive® (2016). The film received rave reviews from both the music community and mainstream audiences, toured 13 cities, and drew multi-cultural audiences from ages 9 to 94. The documentary has been said to make “life-changing impact” within it’s 90 minute experience causing kids to want to join the band and parents to go buy instruments after seeing all of the rich rewards demonstrated in the film. Known as an innovator and visionary, Brandi used social media, branding, and grassroots marketing to grow an audience of marching band and music enthusiasts worldwide. Her motivation for doing the film was simple; she lives by the motto: “Band is Life”. Brandi says band and music have always been a part of her life and credits it for giving her the drive and tenacity to achieve success. Her film along with her infectious energy and authenticity, have become the ultimate recruitment tool for bands across America. www.pointandddrivemovie.com.

Recently Brandi released a motivational guide based off the film called “Point And Drive For Life: The Marching Band Factor”(2018). In the book Brandi breaks down the rich rewards of music and band in the life of kids and young adults and parallels it with success in life through 10 principles she coined as “The Marching Band Factor”. The book is quickly being adapted in universities for music education majors, incorporated by counties for professional development for their music teachers, and utilized as a tool for leadership in high schools bands across the globe. Because of its universal appeal, corporations and entrepreneurs are also using the book to create a culture of excellence. www.pointanddriveforlife.com

Brandi is the founder of The Point and Drive ® Band Leadership Seminars. Through the film ‘Point and Drive’ and valuable information inside of a content-rich and relatable seminar, Brandi teaches students the 10 Principles that make up The Marching Band Factor®, taken from her book Point And Drive For Life, and shows them how to:

While Brandi credits the Point And Drive® Movement as her life-long passion project, she is also an accomplished 4-time author, certified coach, sought after speaker, and owner of her own media company KORIS Media.

Brandi also consults band directors and band programs both on the high school and collegiate level on marketing and branding. She has been an authority in the branding arena and is the “secret sauce” that the top players in the entertainment, speaking, corporate, and entrepreneurial arenas choose when they are looking to build an iconic brand, up-level their positioning, and build powerful signature programs and content utilized online and offline.

Brandi is the founder of the eLearning Brand and Marketing School Package the Product of You® Academy. Her courses, consulting and coaching programs equip leaders, entrepreneurs, non-profits, and brands to be seen, heard, felt, and paid for their expertise and gain the positioning to become top of mind in their industry.

Brandi has been a featured speaker for numerous conferences, groups, retreats and universities. A woman of vision, creativity, and purpose, Brandi delivers her message in a very transparent, wise, entertaining, and relatable teaching style. Her polished presence and peppered life working with the nations top celebrities and influencers lend great stories and teachable moments. Brandi is the walking example of how you can achieve anything you set your mind to if you only believe AND take action.

She is a native of Detroit, where she marched in the legendary Mackenzie High School “Band of Renown” which was a catalyst for her attending Florida A&M University where she was a student of the late Dr. William P. Foster and Dr. Julian E. White, a member of the world-famous “Marching 100”, Symphonic & Pep Bands, a student leader, and member of Tau Beta Sigma National Honorary Band Sorority of which she just recently received the honor of being inducted into the prestigious National Chapter reserved for those who have achieved exceptional achievements in life.

Brandi earned a degree in Psychology from Florida A&M University and claims her biggest success as being happily married to the love of her life Curtis for over 20 years and her 3 sons, one of which is continuing in her footsteps having found his own love for band through his award-winning high schools wind ensemble and marching band were he serves as Drum Major. Brandi resides in Roswell, GA. www.BrandiMitchell.com

The emphasis of the seminar is about seeking to be the best version of yourself, and modeling excellence in order to properly lead others and to be successful in life be it college or career. Brandi’s curriculum encourages your group to become one with a mission to carry out the goals and vision of the band program while also allowing the students to see the “big picture” - that what they do now on the marching band field and in school will contribute to their success in life.

Having Point and Drive: The marching band factor

In this transparent and entertaining keynote, Brandi shares the life lessons she learned on the marching band field through the 10 Principles she coined "The Marching Band Factor" which are the focus of her book "Point And Drive For Life" and ground-breaking documentary film "Point And Drive" to illustrate how those principles condition you for success in life.

How to Make Your BAND a BRAND

What separates your band from the pack is who YOU are. Unleash the power of your bands brand that will make you "member-attractive" and allow you to truly standout in your area. Today more then ever, with so many things competing for a band’s audience and potential new band members, having a clear brand and understanding what makes your band different is critical. great branding and marketing is the secret weapon that many bands are neglecting to utilize.

It’s not always the talented that win, it’s the most practiced. Sometimes, even the underdog. Why? They are hungry and have something to prove; mostly to themselves. And not just any kind of practice, but practicing like you’re doing the actual performance, every time. Brandi shares 5 things that great “performers” do to guarantee they have memorable performances and how you can apply it to your goals, career and life. Her talk is based on her documentary feature film Point and Drive.

Reigniting the Drive: How to move forward by revisiting the past

Do you long for the days when you believed anything was possible in your career or life? Do you feel like you want to find the person who exercised child-like faith in terms of the fulfillment of their dreams? Do you find yourself thinking “I’m too old for change”? Brandi will teach you how to stop living with regret, and instead reignite your inner drive by identifying and drawing from past wins to provide strength and fuel for your next phase in life.