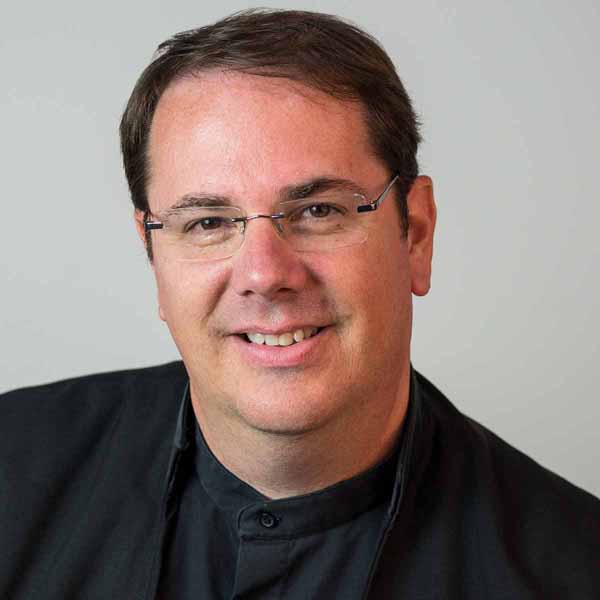 Dr. Christopher Chapman is the Director of Bands for the Oregon State University Department of Music, where he conducts the Wind Ensemble and Chamber Winds. Dr. Chapman guides all aspects of the program and coordinates the wind band conducting area. Under his direction, the OSU Band Program has gained notoriety and praise from composers and audiences alike. Having toured extensively, the OSU Wind Ensemble has been featured in performance sites from Carnegie Hall in New York City to concert halls on the west coast of the United States as well as Japan and Taiwan. Their commercial recording projects, The Five Changes, and Currents was produced by Mark Records. This year, the ensemble will produce David Maslanka’s Mass and Scenic Meditations.

Originally from Columbus, Ohio, Chapman holds degrees in music from The Ohio State University, University of Nevada, Las Vegas, and the University of Washington. Dr. Chapman has appeared as a conductor, clinician, and lecturer throughout the United States. He has also been a contributing author in A Composer's Insight: Thoughts, Analysis and Commentary on Contemporary Masterpieces for Wind Band, a series of books on contemporary wind band composers for Meredith Music Publications, a subsidiary of the Hal Leonard Corporation and Teaching Music through Performance by GIA Publications. Dr. Chapman’s wind band compositions and arrangements are receiving performances across the United States.

In 2015, Dr. Chapman was elected to the prestigious American Bandmasters Association. He has been the Northwest Division president the College Band Directors National Association and Northwest Divisional Chair of the National Band Association. An inductee into the Phi Beta Mu honorary Bandmasters Fraternity, he is also an honorary member of the Kappa Kappa Psi Honorary Band Fraternity where he has served as the Co-Governor of the Western District, and an honorary member of the Tau Beta Sigma honorary band sorority. Other organizations include the World Association of Symphonic Bands and Ensembles, Oregon Band Directors Association, National Association for Music Educators, and Oregon Music Educators Association. Dr. Chapman also serves as the Musical Director of the Oregon Brass Society, a British-style brass band in Springfield, Oregon, and the Portland Wind Symphony, a professional adult band in Portland, Oregon.

Being Vulnerable to the Art

Allowing the art to shape my techniques in conducting, musicianship, and teaching is what’s most important to me- not allowing the techniques in these areas to drive my art. This is new to me. I’m a great rehearsal technician, but I still make mistakes. My band’s always sound good, but I oftentimes couldn’t tell you how I felt at the conclusion of a concert cycle. This clinic is all about getting to the heart of the matter, making art – and being vulnerable to the experience of feeling

Many of us cognitively understand that expressive conducting is important to the musical experience of our ensemble members and audiences alike. However, when forced to choose between performing operational job duties and practicing our conducting skills that we choose to do the former more often, cause our conducting skills to become less refined and more simplistic. So, perhaps it is time for a reminder of expressive technique and the responsibilities of the musical conductor.

Maestro, where do I sit? Ideas for Concert Band Setups for varying size ensembles

Concert Band setups vary from conductor to conductor. In this clinic, we'll discuss the sound concepts associated with the small wind ensemble to the large symphonic band, investigating setups employed by some of the legend band directors in the field, and look at differences concert halls can make from America and beyond.

Practicing for the Big Audition: tips from Elizabeth Green

“Practicing is an adult activity. It takes mature determination. The antidote to monotony is variety.”

The Pyramid is But One

In band rooms throughout the country we hear the phrase “more tubas, please” and “listen down to the tubas”. The resulting sound is one that is dark and suppresses the soprano sounds. Don’t get me wrong, I like the pyramid balance sound and use it when I feel it appropriate to the composer’s intent. But…there are others, depending on the sound we’re going for.