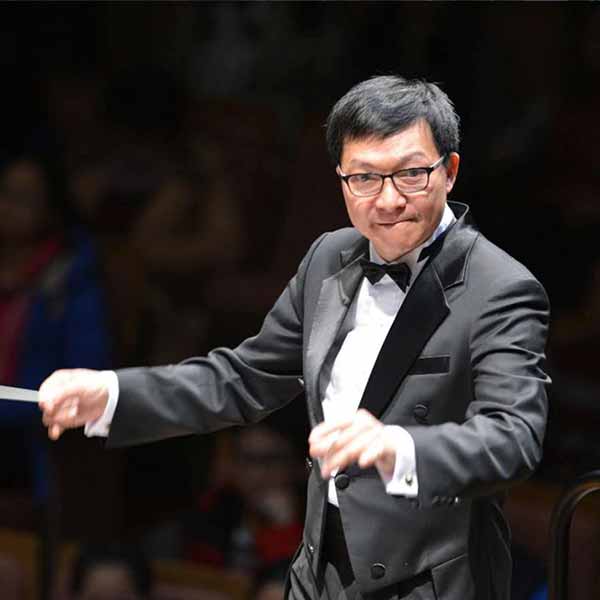 Joseph Cheung was born in Hong Kong, and graduated from the Hong Kong Conservatory of Music, during his study, he received the full scholarship from HK Royal Jockey Club, also earned his bachelor's degree with Honor from the Chinese University of Hong Kong. In his early career, he has been working full time for the Music office of HK government, Tom Lee Music Foundation and Hong Kong Academy for Performing Arts.

With over 30 years’ experience of teaching at all level of schools, from elementary school to college band ensembles both in China and Hong Kong, he and his bands received numerous awards, and he is well regarded as an accomplished music educator and adjudicator in China. And Joseph served as Chairman of the Hong Kong Band Director Association from 1990 to 2006.

After settling to Guangzhou in 2003, Joseph has been very active in music education on wind and string ensemble conducting and directing. He was the music director and standing conductor of Guangzhou Youth Wind Band for over 10 years. He was also honored as a committee member of China Symphonic Band and Ensemble Association and senior consultant of the Beijing Band Director Association. He also served as guest band conductor in Asia, Europe, and the US, from beginning bands to professional wind bands.

Most recently, Joseph started massive translation on musical education materials, focus on the best educational materials from all over the world, and make them “localized” in China. Nevertheless, he is also working on Chinese composition publication, share the best Chinese Music “sound” worldwide.